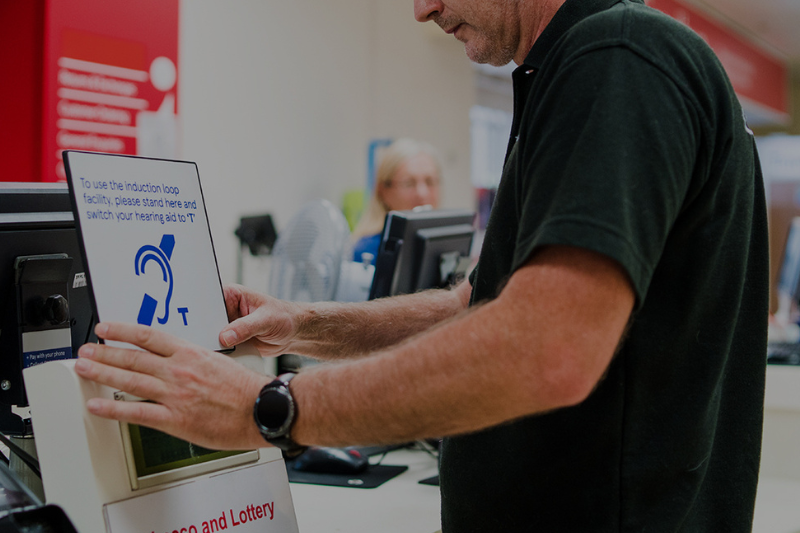 Is it still worth installing induction (hearing) loops or will we have Bluetooth public hearing systems for the hearing impaired in the future?

To say it in advance:
The classic induction (hearing) loop is still the clear choice.
And that will probably remain the case for the next 10-20 years.

Previous versions were either not able to transmit audio at all, or if so, only with expensive hearing aids and usually only with proprietary technology from Apple compatible only with newer iPhones. So far, however, only a limited number of devices (max. 2 hearing aids in parallel) can be connected. As a public assistive listening system it is therefore not suitable. That has changed with the new BLE Audio standard, at least in theory. Only the future will show whether this can be achieved in practice. It depends on very different factors, such as the acceptance of the hard of hearing people, the usability and, last but not least, whether it can succeed in ensuring a stable transmission network.

One thing is certain, BLE Audio will appear in the first hearing aids in 1-2 years at the earliest. So far, it has not been installed in any hearing aid. It will also not be possible to issue a software upgrade for already existing hearing aids, as the physical hardware would not be compatible. Some hearing aid manufacturers now have to redesign, reprogram, produce and, above all, re-approve their hearing aid chips worldwide. That alone will consume time and money. Therefore, it is very likely that the most expensive hearing aids will be equipped first, then the medium-priced hearing aids, and only after a considerable delay will the basic devices also be equipped with BLE Audio functionality, as we have seen with other innovations in hearing aids.

So, it will take at least several years, until (perhaps) most new hearing aids will have BLE audio. However, not all people will have hearing aids with this technology by then. Hearing aids in Germany usually have to be worn for 6 years. Most people who have to make a co-payment however, wear their devices significantly longer. This means that we can expect comprehensive coverage with BLE Audio at the earliest 10 years after the sale of the last hearing aids without BLE Audio. These periods are mostly underestimated, as not all people are supplied with high-end devices or have the money for new ones. Especially people aged 80 and over often no longer buy new hearing aids “because it doesn’t pay off for me”.

Induction loops will not “die” that quickly. They are still the most reliable, cost-effective and low-maintenance hearing system available to us. They are also the only public assistive listening technology that are barrier-free and will remain so, at least for the next 2-3 generations of hearing impaired people! This is why the International Hearing Access Committee (IHAC) assumes a time window of at least 10-15 years or even more. (https://www.ampetronic.com/2019/08/hearing-loops-and-telecoils-could-they-be-replaced-soon/)

After that, induction loops and BLE audio (or other successor standards) could coexist, and maybe it will stay that way for a very, very long time. It is not yet clear whether this will not even become the norm. We recently spoke to the Technical development manager of a hearing aid company. He strongly believes that for hearing aids which only have BLE audio (instead of telecoil),  there will be additional external devices for inductive reception.

Perhaps inductive hearing aids will eventually be replaced by this or another technology, but one thing is certain, BLE Audio will not be an option for the next generation of hearing-impaired people. Most of them will not be able to use it and will therefore be dependent on a different solution. Also, as a rule, the inductive hearing system (installed above ground) continues to be the basic technology for primary care. The telecoil will not disappear, despite gloomy predictions, because it will remain necessary for those countries, where a comprehensive supply of the latest smartphones is not economically viable.

What could the previous Bluetooth versions in hearing aids achieve?

These are the main reasons why Bluetooth up to version 5.1 is not suitable for a public hearing system

So far only the basic plan (core specification) has been adopted, more than 20 necessary detailed features are expected to come later in the year. The first chipsets are expected to be available in a year.[1]

However, all of these new functions are not mandatory for a Bluetooth chip to be recognised as version 5.2,  manufacturers are also allowed to install only parts of the standard. That means, even if a new notebook has a Bluetooth 5.2 chip installed, it is far from being said that this PC is suitable for use as a public hearing system. What functions in real hardware, in firmware (programs on the chip), what is in the driver, in the operating system or buried in the application software is not clearly recognizable. BLE audio will also not be available on Android below version 10, so an upgrade to a new device is mandatory for those with older models.

We could not find any information on Apple, although Windows 10 will receive an update at some point. Probably the new chips will be at first installed in the expensive smartphones / tablets / PCs and only afterwards with several years delay on the affordable mid-range devices.

All expensive hearing aids “made for iPhone” will not work with BLE Audio, unless a hearing aid manufacturer would develop a BLE Audio accessory “made-for-iPhone” and a corresponding app that controls the device. Bluetooth Classic devices could not pair either. It cannot be assumed that hearing aid manufacturers will develop new software for previous Bluetooth hearing aids, create a new driver and replace hardware parts. For each “made for iPhone” hearing aid there already exists an adaptor for Bluetooth classic. Now theoretically it could be possible, that a third-party manufacturer develops an additional adaptor translating BLE audio to Bluetooth classic. And these two devices have to be coupled. However, if that should be the case there would be a long latency period between the sound being generated and it being heard, e.g. in a thriller film a victim would fall over before the gun shot would be heard.

But what options will be available hearing aid users that currently use a telecoil ?  Currently devices are available for a few Euros which receive Bluetooth Version 4.2 and output on a headphone jack to allow all wired headphones to receive Bluetooth audio. A hearing aid user can use the same device to drive a neck loop. Given that such a device will be required for the much larger headphone market, it is likely that a “Bluetooth 5.2 receiver” will be readily available.

With a BLE audio hearing system, the hearing aid must be paired to the desired audio stream to receive it. The one to four buttons currently used on hearing systems almost certainly won’t be adequate, especially with content requiring approval; the passcode can hardly be entered on the hearing aid manually. Therefore, it is very likely that a smartphone will always be necessary to control hearing aid technology using this standard. Difficulties arise ensuring all those people who experience hearing loss have a current smartphone. That again takes time, for example even Bluetooth 5.0, launched in December 2016, is not even present in all current early 2020 smartphones.

Anyone who has ever tried to pair their Bluetooth speaker with their smartphone knows that this is not always easy. A hearing aid with Bluetooth 5.2 standard has to connect with a Bluetooth hearing system transmitter in a church, the parish hall or in public spaces. That this connection will most likely not be done on the hearing aid itself makes things more problematic and complicated, not easier. Presumably these hearing aids will come with an app. Even ignoring the considerable data protection problems for the moment, the app would communicate with the existing hearing system transmitter and you have to make a choice as to which of the available streams you want to hear. Nobody wants to watch Casablanca, just to hear Star Wars audio from the next room because of a wrong connection or the Spanish language channel instead of the native one. We are interested to see how this will be resolved. So far nothing has been decided yet!

“Coupling” to the induction loop, on the other hand, means that I only place my hearing aid on the telecoil program via a switch. This is one of the 3-6 typical functions of the hearing aid. Mostly it is a button on the hearing aid that is pressed to move from one program to another. Some, more expensive, hearing aids also have an app to enable the mode to be changed via a smartphone.

Every now and then during our consultations we are asked, whether elderly people, in particular, are able to cope with changing their hearing aids to the telecoil program. As a rule they are able, but if they are not, they will definitely not be able to use Bluetooth!

We all hope that one day there will be better and cheaper public hearing system technology that can replace induction. If this should be BLE audio, it will still take many years to get there and it will be much, much longer before induction can be replaced completely with a clear conscience. Whether BLE is the future will depend on its suitability. 2.4GHz technology is already considered overloaded today. Without change, this problem will only increase further in the future, leading to gaps in the transmission by BLE Audio, in transmission aborts or becomes incomprehensible. This would make BLE audio certainly not an appropriate alternative for induction loops.

In the meantime Bluetooth LE-ASHA is available for Android 10. It works similar to BLE Apple, but is not compatible with it, neither it is with the other versions. BLE ASHA is not intended for public hearing systems. Nevertheless, this makes a total of five (!) different, incompatible Bluetooth Systems for hearing aids to choose from. We will see which system(s) will prevail. Until then Induction loops are the only universally compatible systems.

Translation was made possible by Ampetronic where this blog was initially posted: www.ampetronic.com/